Keep your medical records where you can find them! I say this because the story I’m about to tell you continues to drag out because I’m not very organized. 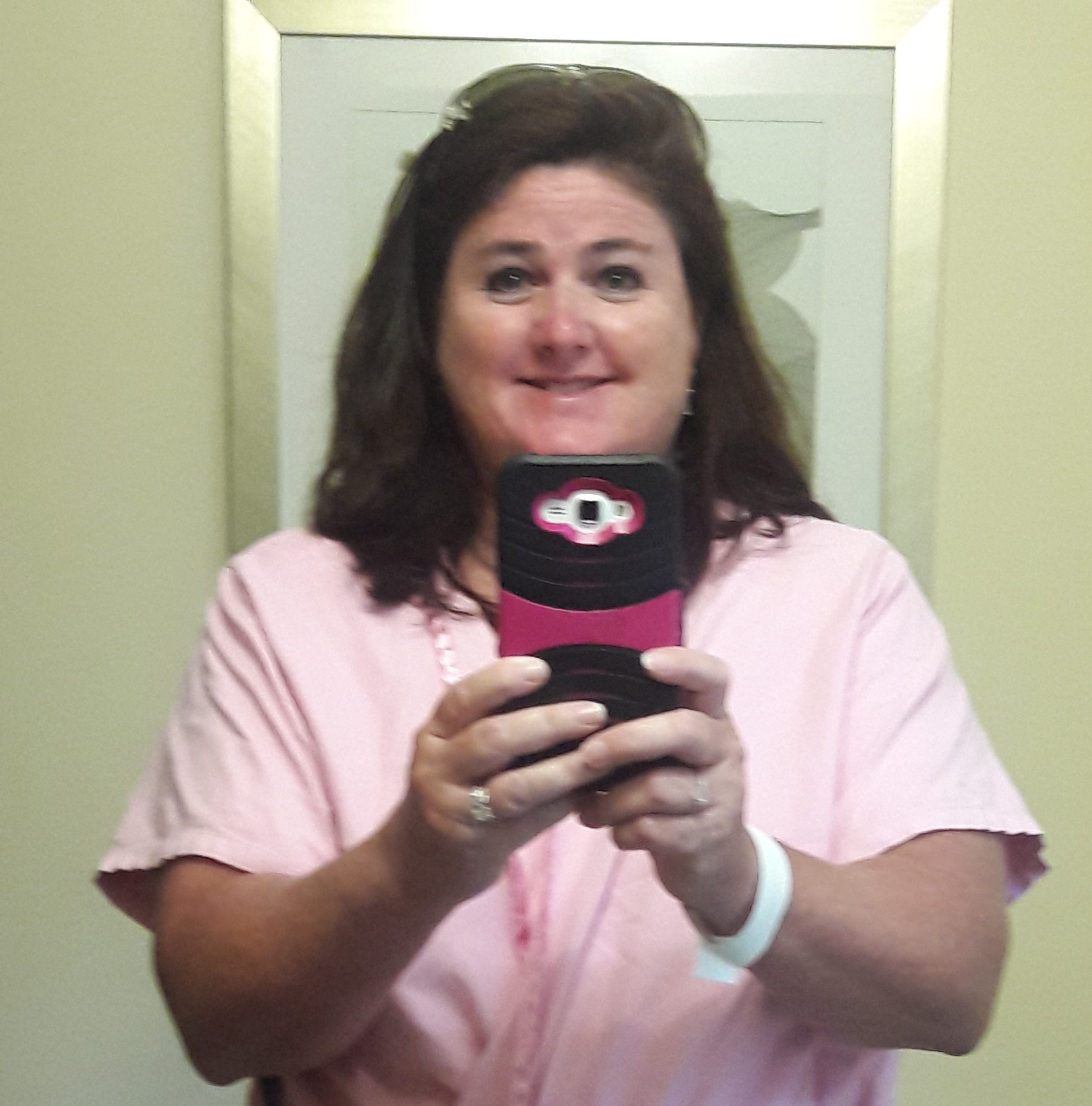 Before moving to Georgia, we lived in Charlotte, North Carolina. I got my first mammogram in January 2016 and got a call a few days later that I had to go to another doctor for a better scan. I was 45 at the time, and probably shouldn’t have waited until then to get my first one with the family history I have, but I waited because I was busy, I had kids, I had to coach soccer, I had other more pressing medical issues, I had to walk the dog…sound familiar?

The 2nd mammogram hurt worse than the first as it seemed like they were trying to see a piece of my breast that didn’t want to be seen or discovered. That lady, as nice as she was, contorted my breasts into positions, so those cold metal claws could clinch down on my skin in the most uncomfortable ways! She would tell me to hold my breath and then let it out, as if I could! I later got a call saying they found something they wanted to look at again- my mind instantly went to the worst-case scenario. I’m a mom, and like so many woman in my position, my first thoughts were immediately of my kids and my husband, Brad.

Once I thought, “breast cancer,” it felt like I couldn’t let my breath out. Like I was holding on for dear life. 24 hours later, I was back in the same office, ready for my first biopsy and not so sure I wanted to hear the answer. Holding my breath was one thing, but letting it out without the guarantee of being “cancer free” on the other side of this biopsy was not something I was sure I wanted to do.

They took me into a comfortable looking room, asked me to lie down and unhook my arm from the gown so my ‘girls’ were flapping around in the cold air. A doctor I had never met walked in and started feeling around and telling me what he was getting ready to do. I kept wondering why he chose to do this specialty- was it because he knew the fear all women had and wanted to help? Did he have a personal connection to breast cancer? Or did he just like looking at boobs all day? I wanted to think about anything other than the procedure at hand!

Then he showed me the needle, asked me to put my arm behind my head, and to take a deep breath. He bent over me like a man on a mission, which I guess he was! I watched the needle dig deep into my mammary glands and thought, “This is it… This is the second that changes every thought of safety and happiness. This is the second that determines if I breath a sigh of relief or if I cry myself to sleep tonight.”

If you’ve had a biopsy yourself, you know that the thoughts running through your head are far worse than reality. Leave it to Hollywood, the internet, and horror stories from the people in your life to give your brain places to wander to that might not be necessary. So, my mind went to a gazillion places with no happy endings. Meanwhile, settled out in the waiting room, I knew my husband was sitting with other terrified husbands, waiting for their wives to reappear from behind the scary pink door. The thought of his fear seemed more daunting than my own.

As soon as that needle hit the mass they were going for, it popped. Like a soap bubble does when your finger gets just close enough to touch it. I saw it pop and remember thinking, “Ha! I win! It’s just a cyst.” And it was, but that didn’t stop the needle pincher from pulling out what he could to get a biopsy. To him it was just another biopsy, but to my posse of people, it was quite possibly life or death. The rest of it was simple- I put my clothes back on, they handed me a lovely pink folder that some writer had spent a lot of time creating, and then I hugged my anxious husband and we waited for the results of the biopsy. I felt fear, relief, aggression, panic, calmness, peace, and fear, fear, fear.

A couple days later, I got the all clear call, and a few days after that, I got a letter telling me all was clear and what my breast care plan was going forward. Turns out- that piece of paper (you know the one- do the self-breast exam, get a 3D scan in 12 months, exercise, eat right, de -stress your life… all of that plus the name and address of the office that had completed the test) was pretty important. It even had information on how to get in touch with them if I had any questions. Great information if I knew where I put it. But, I do not… and two years later after moving across state lines, I find myself in the same position. Another abnormal mammogram and a bad result from my BRCA test.

Check back to see how this story progresses, but if you learn nothing else from what I write, KEEP YOUR RECORDS in a safe place!!

The It’s The Journey
Giving Gala